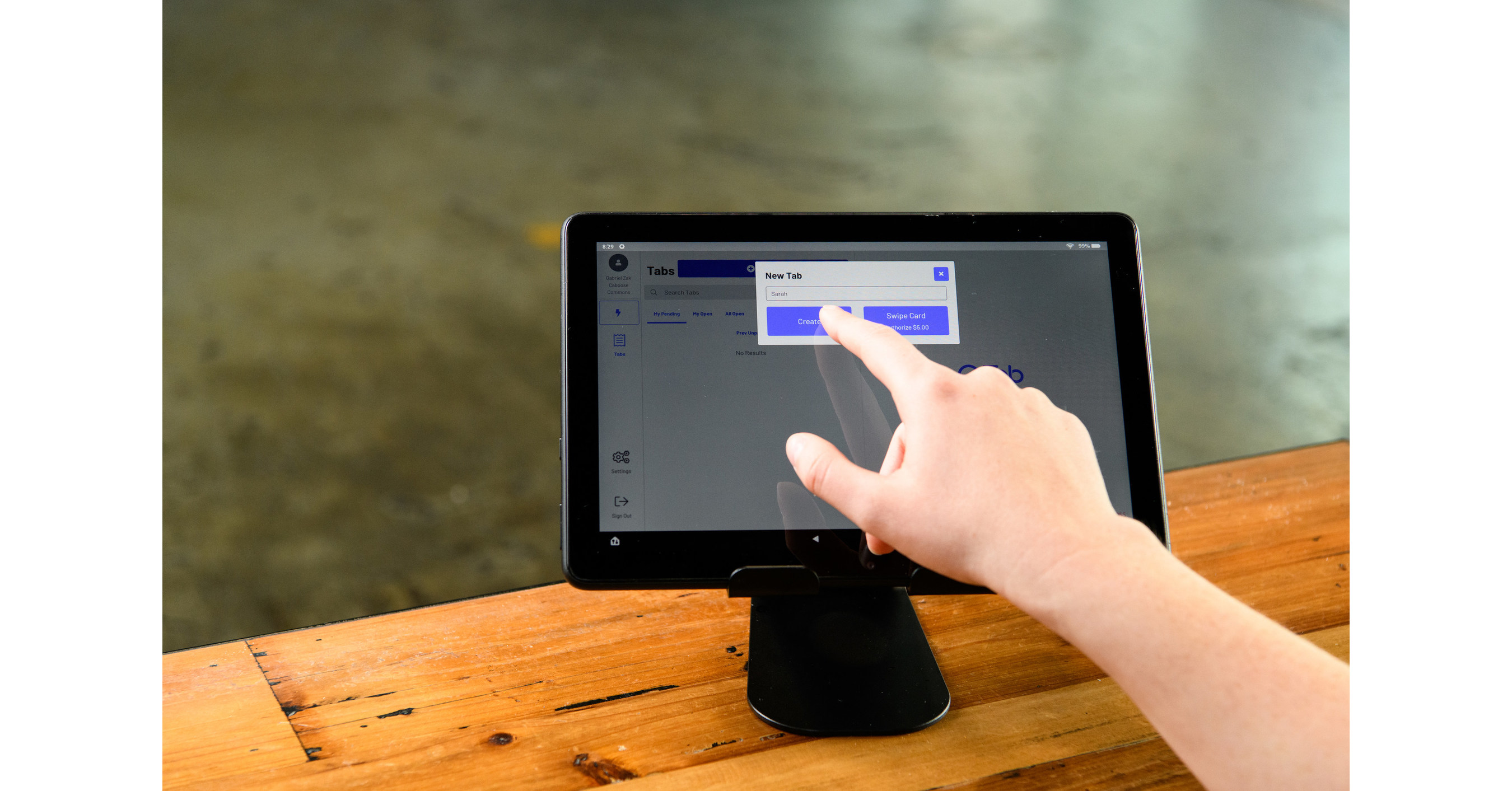 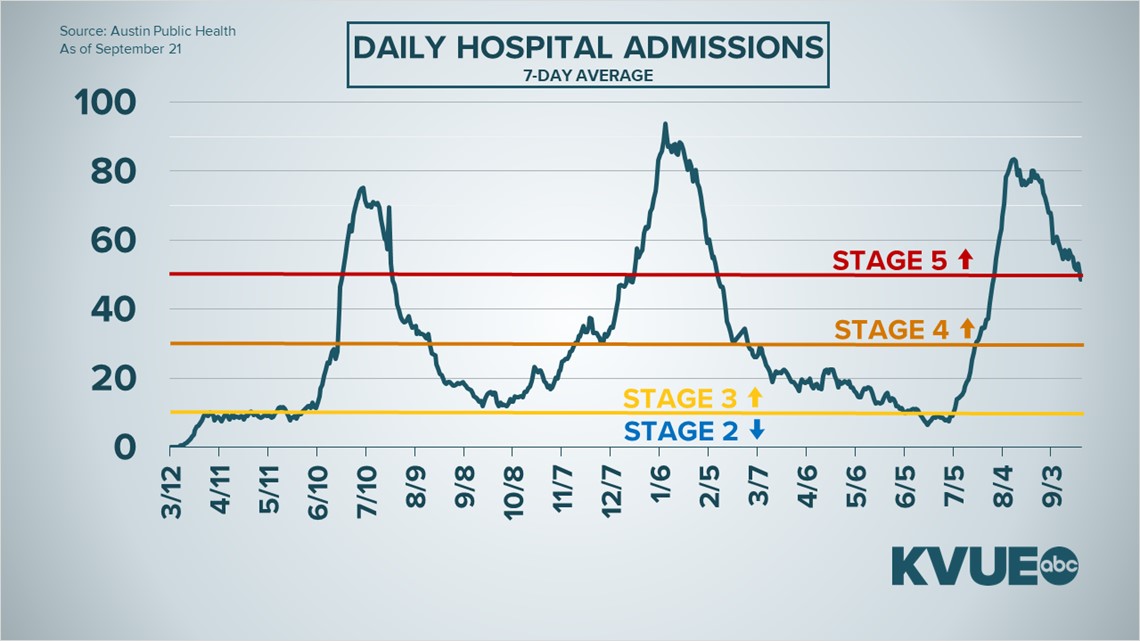 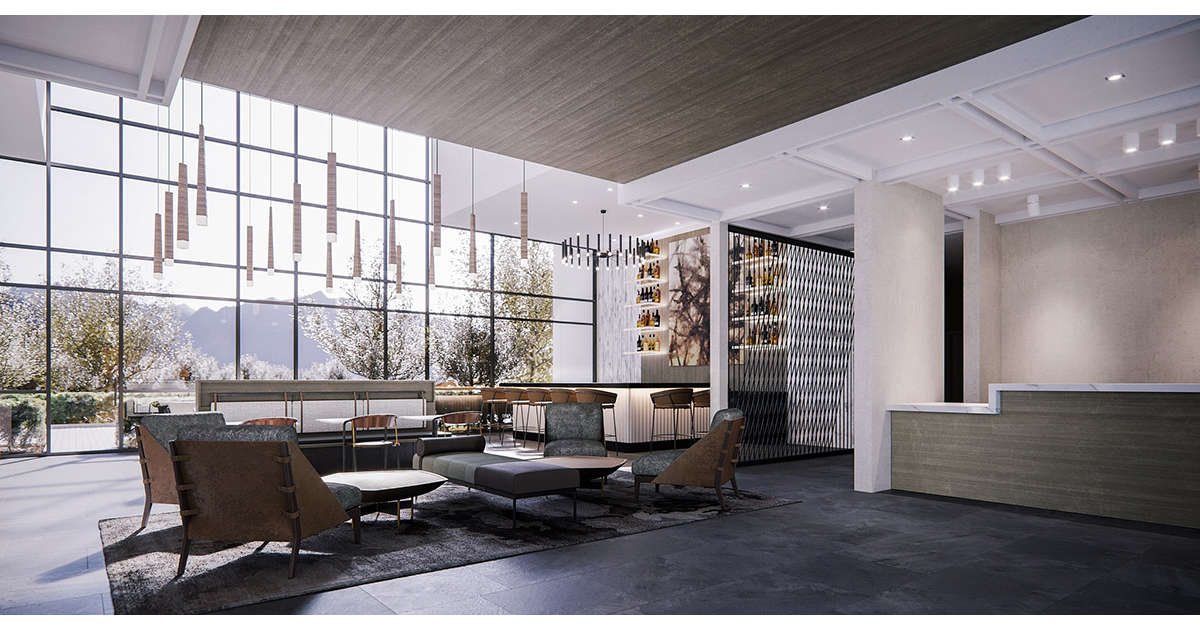 The Austin area has a good chance of entering a safer phase of Austin Public Health’s risk-based guidelines, the region’s chief public health officer said on Tuesday, unless it is hampered by an increase in infections at school and on Labor Day.

Austin-Travis County Health Authority Dr Desmar Walkes told members of Austin City Council and Travis County commissioners on Tuesday that by the end of September or early October, fully vaccinated residents who have a high risk of severe symptoms could potentially resume private gatherings, travel, eating and shopping if masked.

Austin Public Health could signal a demotion to Stage 4 if the seven-day moving average of new daily hospital admissions remains below 50. As of Tuesday, the average was 57.

Hospitalizations for COVID-19 have slowly started to decline in recent weeks, while intensive care and ventilator use remains high.

Hospitalizations for coronavirus-related illnesses hit their lowest level in more than a month this weekend, with a total of 507 patients reported on Saturday, 491 on Sunday and rising to 509 on Monday. The last time the Austin area saw such low hospitalizations was on August 6, when 510 patients were reported.

As of Tuesday, however, the number of inpatients rose to 537. The Austin area also had 205 patients in intensive care units, up from 217 reported on Monday.

As of Tuesday, a further 144 patients were on ventilators, up from 142 reported on Monday.

“The real knot and the thing that is going to stop this progression down is the increase in our school cases and the increase in cases requiring hospitalization, especially unvaccinated people,” Walkes said Tuesday.

“We still haven’t seen the full impact of the Labor Day weekend when there were rallies,” she continued, saying these cases will only show up in local data two to three. weeks after the holidays. “So that’s what we’re waiting to see.”

“We know that vaccinations offer strong protection against illness and hospitalization,” Walkes said. “And, masking will continue to protect those who cannot be vaccinated at the moment.”

Austin Public Health is still waiting to know when pediatric vaccinations will be extended to those under 12, but health officials said Tuesday the agency was ready to vaccinate young children once approved.

Austin’s acting director of public health Adrienne Sturrup said on Tuesday demand for vaccinations had slowed over the past two weeks, just as the Austin area nears the 70% threshold for residents 12 years of age and over are fully immunized.

Austin Public Health continues its fight to exceed the herd immunity threshold, when at least 70%, or up to 90%, of eligible residents are fully immunized. Herd immunity means that further spread of the disease in the community would be unlikely because enough people are immune to the virus.

Data from the state’s Department of Health Services on Monday showed that 68.8% of Travis County residents aged 12 or older had been fully immunized.

Until the Austin area achieves its herd immunity goal, Travis County remains at risk of continued coronavirus outbreaks and the development of new variants like the delta, according to Austin Public Health.

Sturrup said on Tuesday that about 225,000 skilled residents of Austin and Travis County had yet to receive a dose.

“We just need the community to continue to make the choice to get vaccinated,” Sturrup said on Tuesday. “It leaves (people) open to the potential for hospitalization and even death if they are not vaccinated.”

Previous The 10 Best Patios in Frisco, Texas
Next Is there an end in sight? – NBC 5 Dallas-Fort Worth 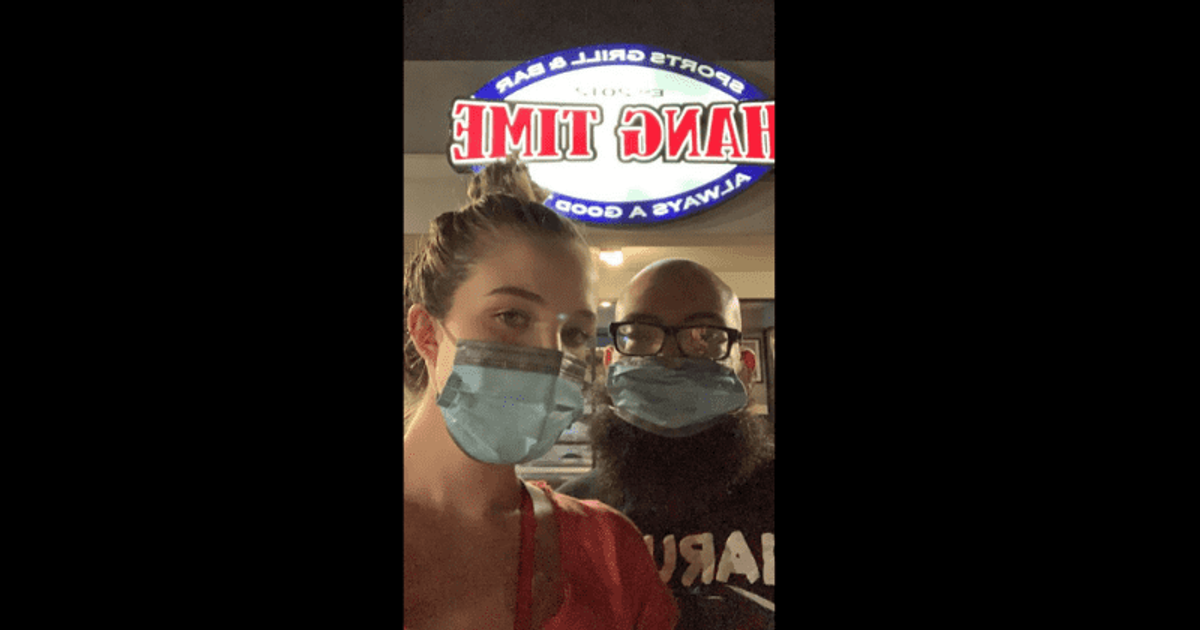